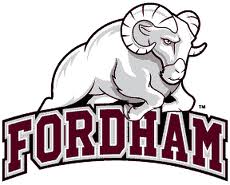 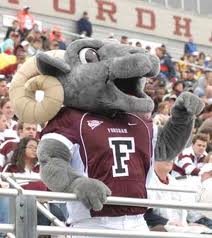 The Ram is an integral part of the Fordham community and an invaluable member of our spirit squad. He promotes school pride at University athletic events, including football and men's and women's basketball, while carrying on the many traditions of Fordham to the next generation of fans.

The Ram also makes a variety of on- and off-campus community appearances each year, his reach extending far beyond the athletic landscape.

In 2016, the Ram was immortalized with his own bobblehead - a giveaway item at the final regular season home game for men's basketball. The promotion resulted in a sold out crowd that witnessed a come-from-behind victory over the Rhode Island Rams at Rose Hill Gym.

For a fifty-year period from 1925-1975, Fordham had a live ram for a mascot. Named Ramses (I-XXVII), the ram lived on campus and attended sporting events. Hijinks often ensued between Fordham and other schools, notably Manhattan - who kidnapped Ramses on multiple occasions.

More recently, the mascot has entertained all fans, young and old(er), with a blend of acrobatics, energy and excitement. Student volunteers maintain the tradition as our mascot at various events throughout the year, their contributions largely underappreciated, but never unnoticed. 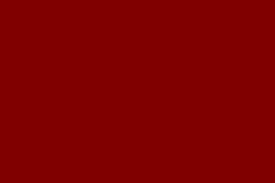 Magenta was originally the school color, but it was also used by Fordham rival, Harvard.  It was unacceptable for two school to have the same color which was the situation in 1874  Rev. William Gockeln, S.J., became the newly installed College president.  One of the matters discussed at the historic meeting was the choosing of an official College color that would belong to Fordham and Fordham alone.  With matters at a standstill, Stephen Wall, class of 1875, suggested maroon, a color that was not used widely at the time.

In a letter that Wall subsequently wrote to the editors of the Fordham Monthly in 1907, he stated, “I was asked what maroon was, and the only way I could explain it was that it looked something like claret wine with sun shining through it, but I said that, if I was given time, I would produce a piece of maroon ribbon.  So I was accorded the privilege, and wrote to my sister to send me a piece of maroon ribbon and velvet.”

These samples came in due course and were submitted to the committee.  It received the unanimous approval of the committee, was adopted, and has been the color that has carried Fordham through many a victory.  An ironic footnote: Harvard also stopped using magenta in favor of crimson. 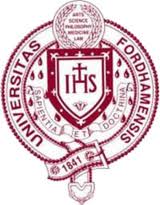 The Great Seal of Fordham University was designed to acknowledge the presence of the Society of Jesus on campus, hence the order's coat of arms in the seal's center. The coat of arms bears the Greek letters of the lapidary form of Jesus Christ (IHS), with the Cross resting on the center of the H and the three nails of the Crucifixion beneath the epigraph. These figures, dressed in gold, lay in a field framed in maroon, the color of the university, with silver fleur-de-lis at the edge. The fleur-de-lis symbolize the French Jesuits who arrived at Fordham in 1846. Immediately above the central shield rests the laurel crown, enclosing the university's pedagogical disciplines: arts, science, philosophy, medicine, and law. Below the shield is a blue scroll with the university's motto, Sapientia et Doctrina. The scroll rests on a gold field emblematic of learning (doctrina) and is surrounded by the fiery tongues of the Holy Spirit, a symbol of wisdom (sapientia). In a circular maroon field embroidered with beads is Fordham's official title, Universitas Fordhamensis; at the field's lower edge is the date of the university's founding, 1841. Finally, surrounding the entire seal is a heraldic belt, which is employed as a stylistic decoration. The University of Oxford, the only other tertiary institution in the world that uses a belt in its seal, however, maintains that without the belt, the seal is not officia 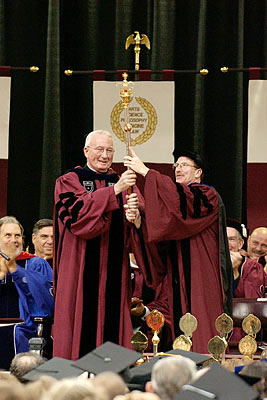 The mace of Fordham is traditionally carried at Commencement by the president of the Faculty Senate, who serves as the grand marshal of the main academic procession. The device, four feet in length, bears a regal crown at the summit to denote the sole power of the State of New York to grant academic degrees in its territory. Above the crown is a cross composed of four windmill sails, which signify the Catholic faith and the Dutch founders of New York City, respectively. The center of the cross displays a heraldic rose, which symbolizes Rose Hill. Immediately beneath the crown is a support, on which the university's seal is emblazoned. The upper node of the mace's staff is decorated with three heraldic roses, the Fordham seal, a ram's head, and a silhouette of the Lincoln Center campus. The titles of the university's constituent colleges are engraved above the node, and the names of the school's presidents from 1841 to 1966 are inscribed below it. The mace was a gift to the university from the Fordham University Alumni Federation