1841-1891 On exhibit in the Murrin Gallery. Walsh Library lobby level. 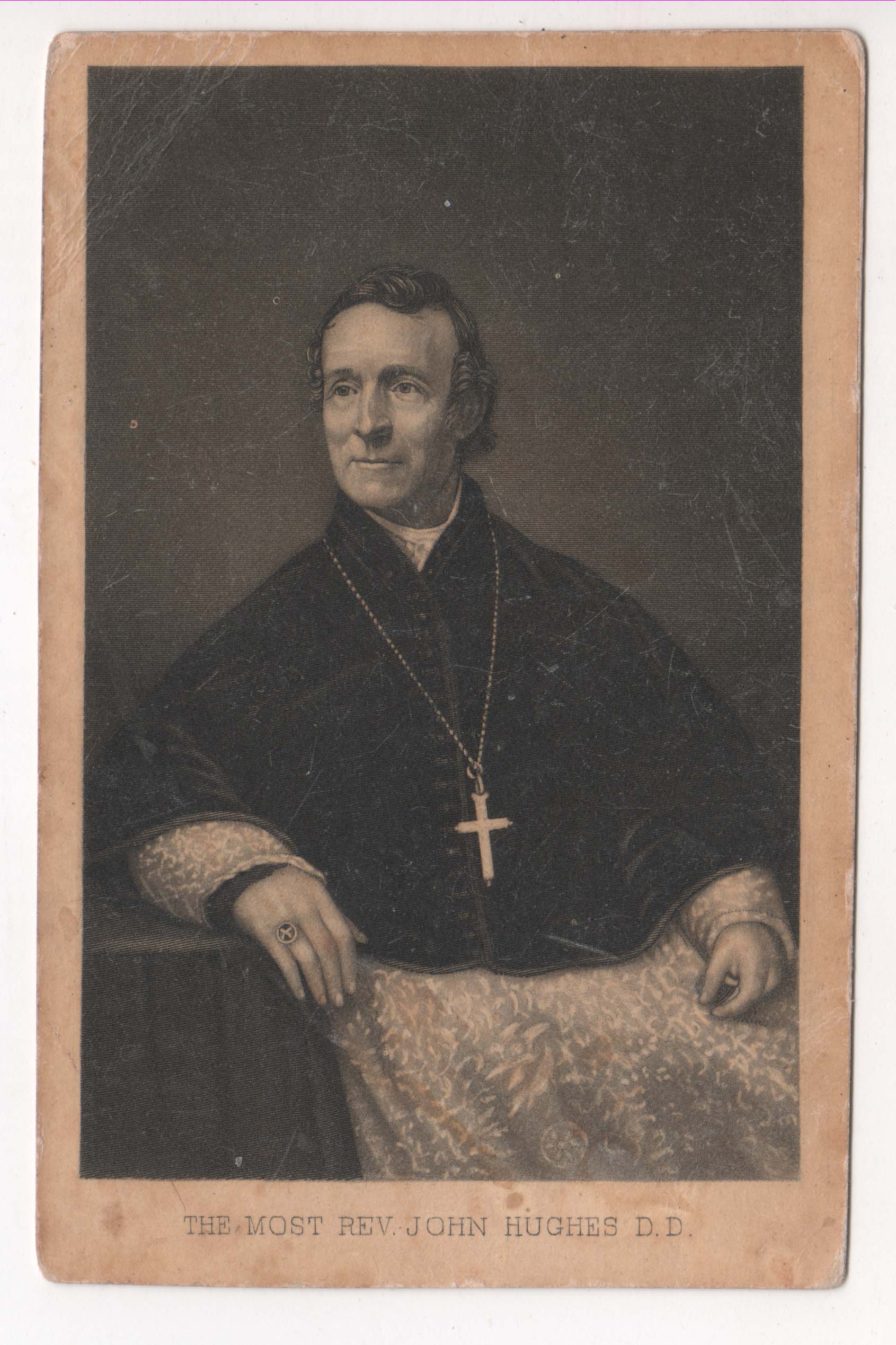 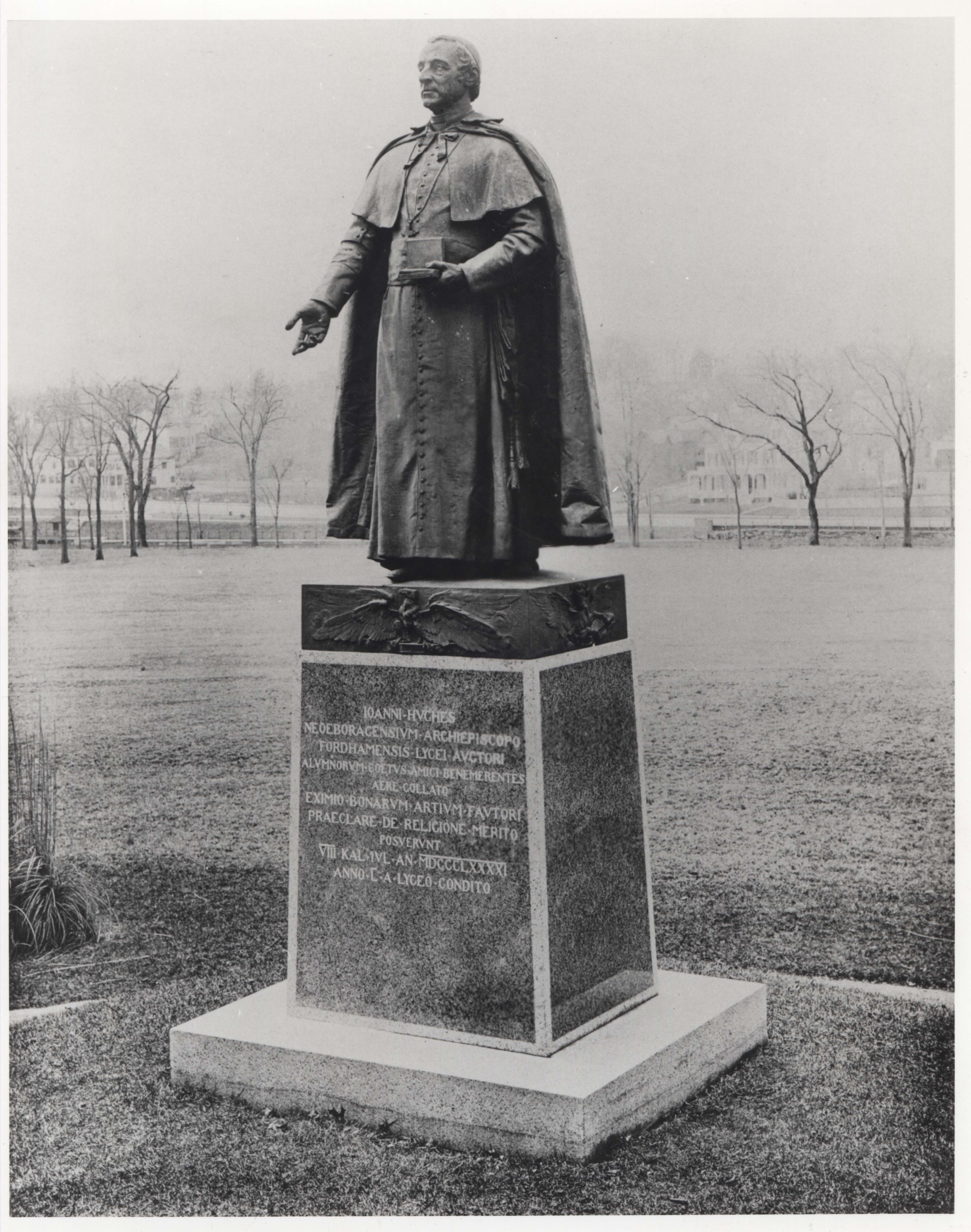 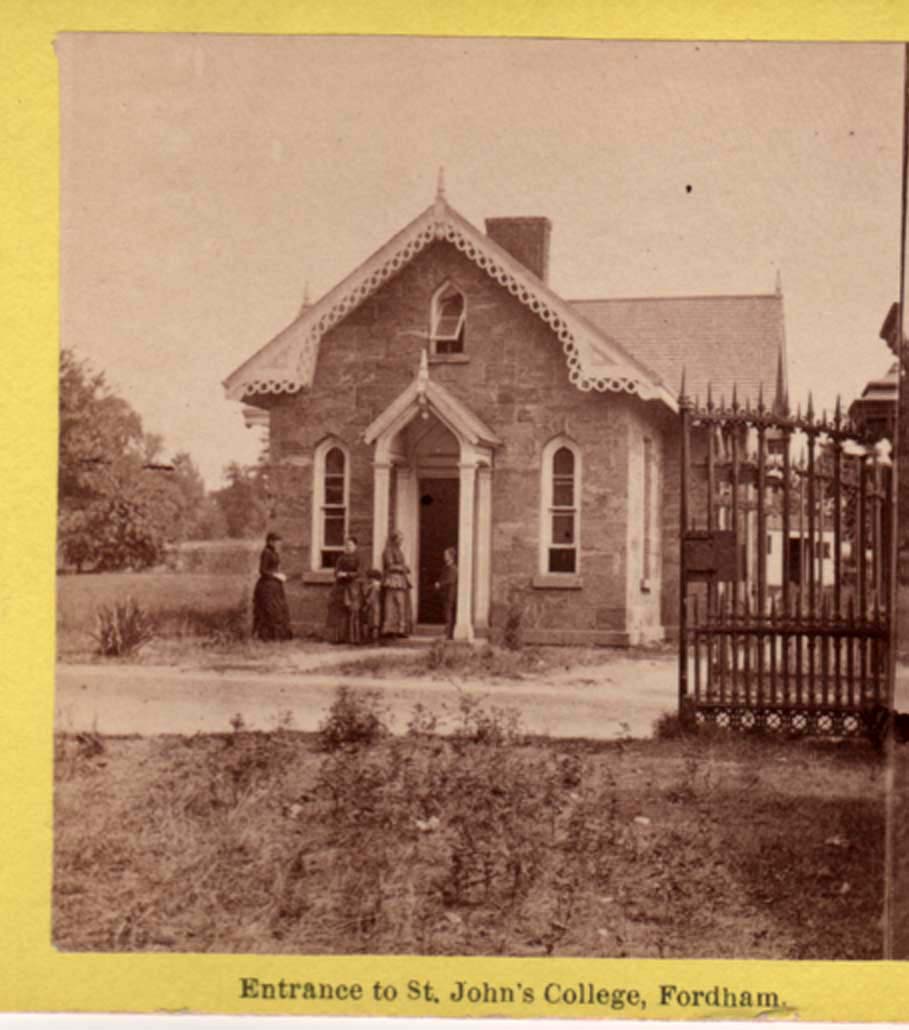 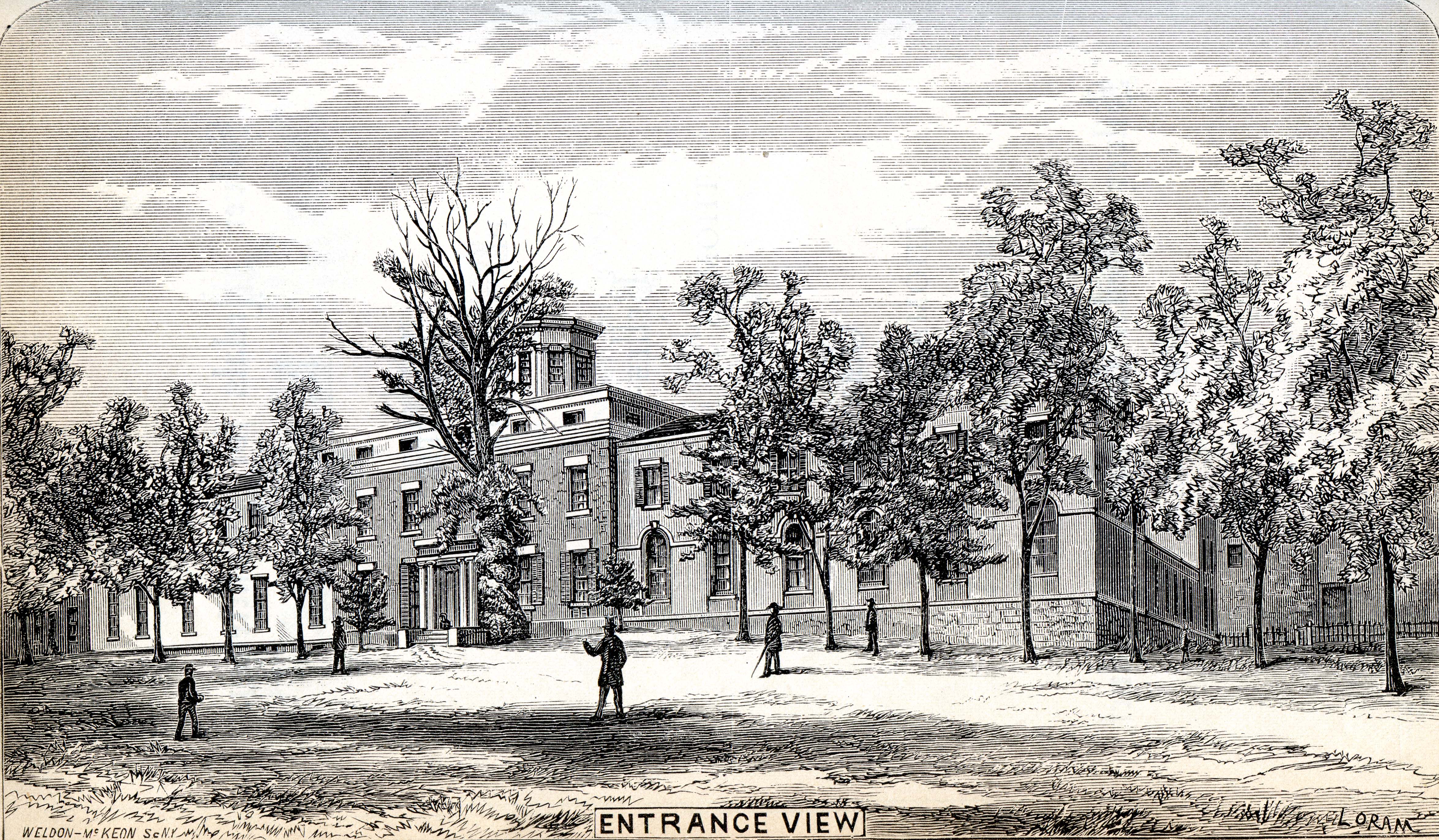 Administration, now known as Cunniffe House in the 1870's. Front and rear views. 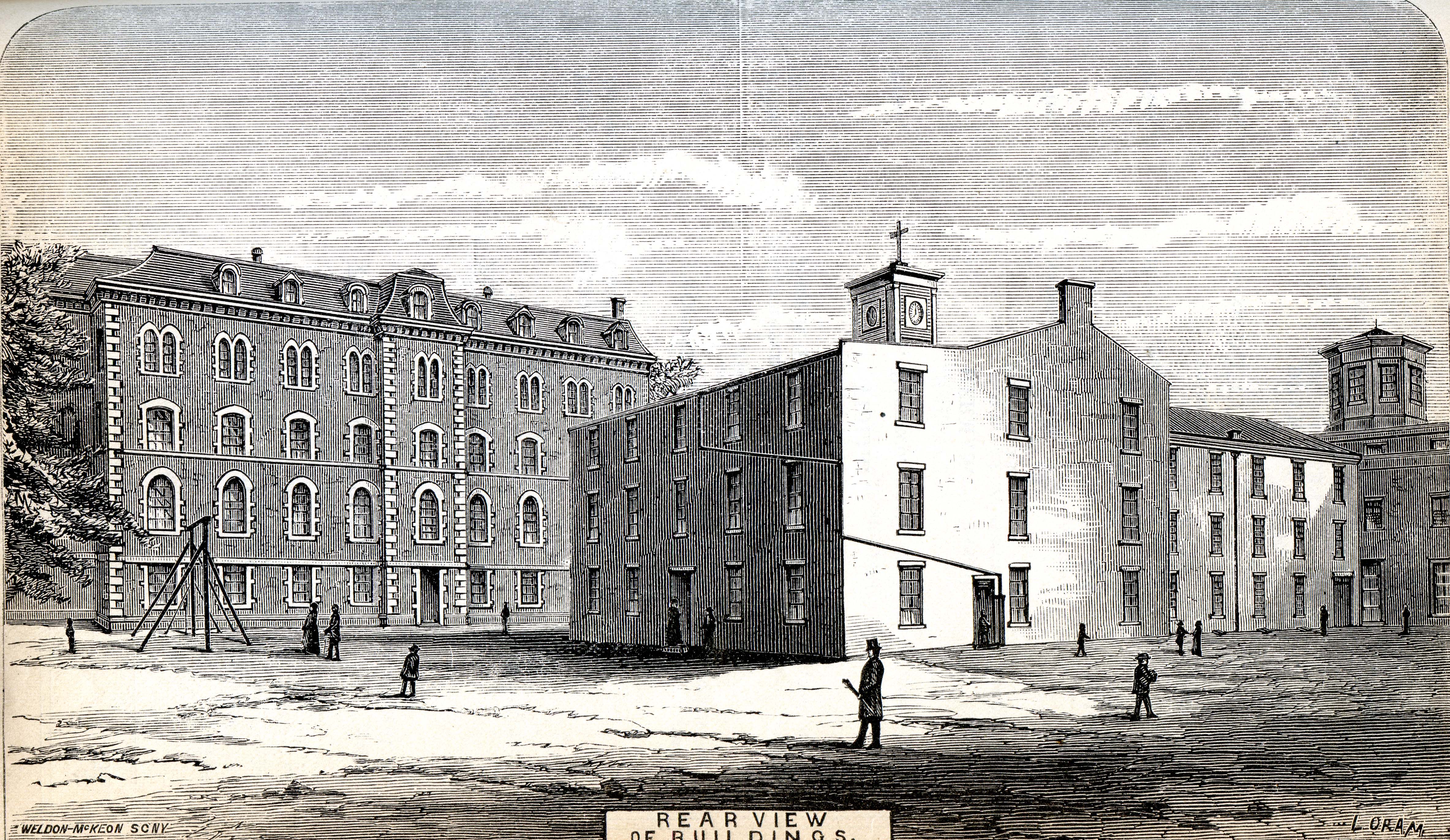 FORDHAM AND THE CIVIL WAR

..,The morning we received the news of the death of President Lincoln gloom settled over the entire college, even the southern boys, who before had censored him, now felt that they had lost a valuable friend whose great qualities would be missed in the coming reconstruction.., 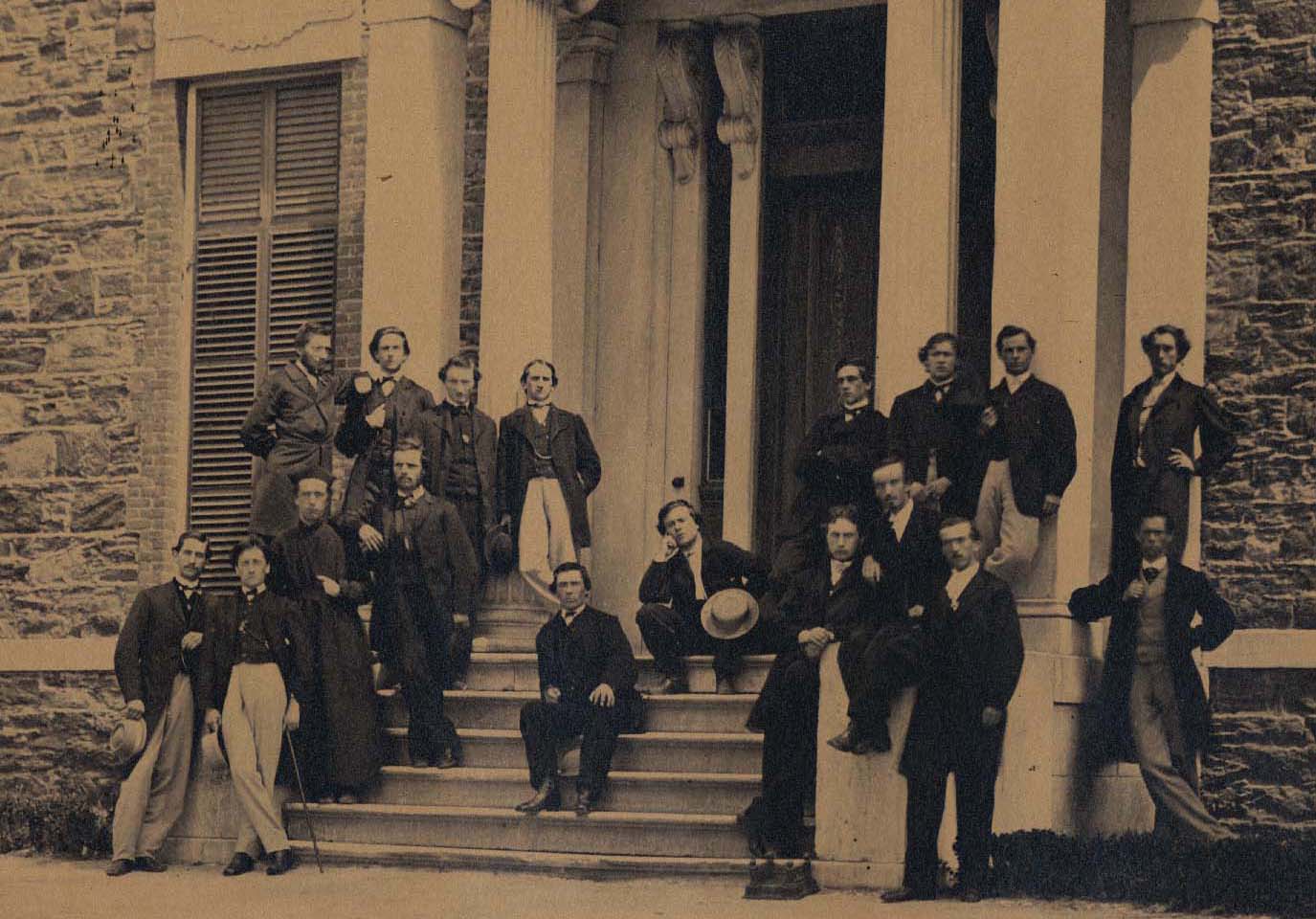 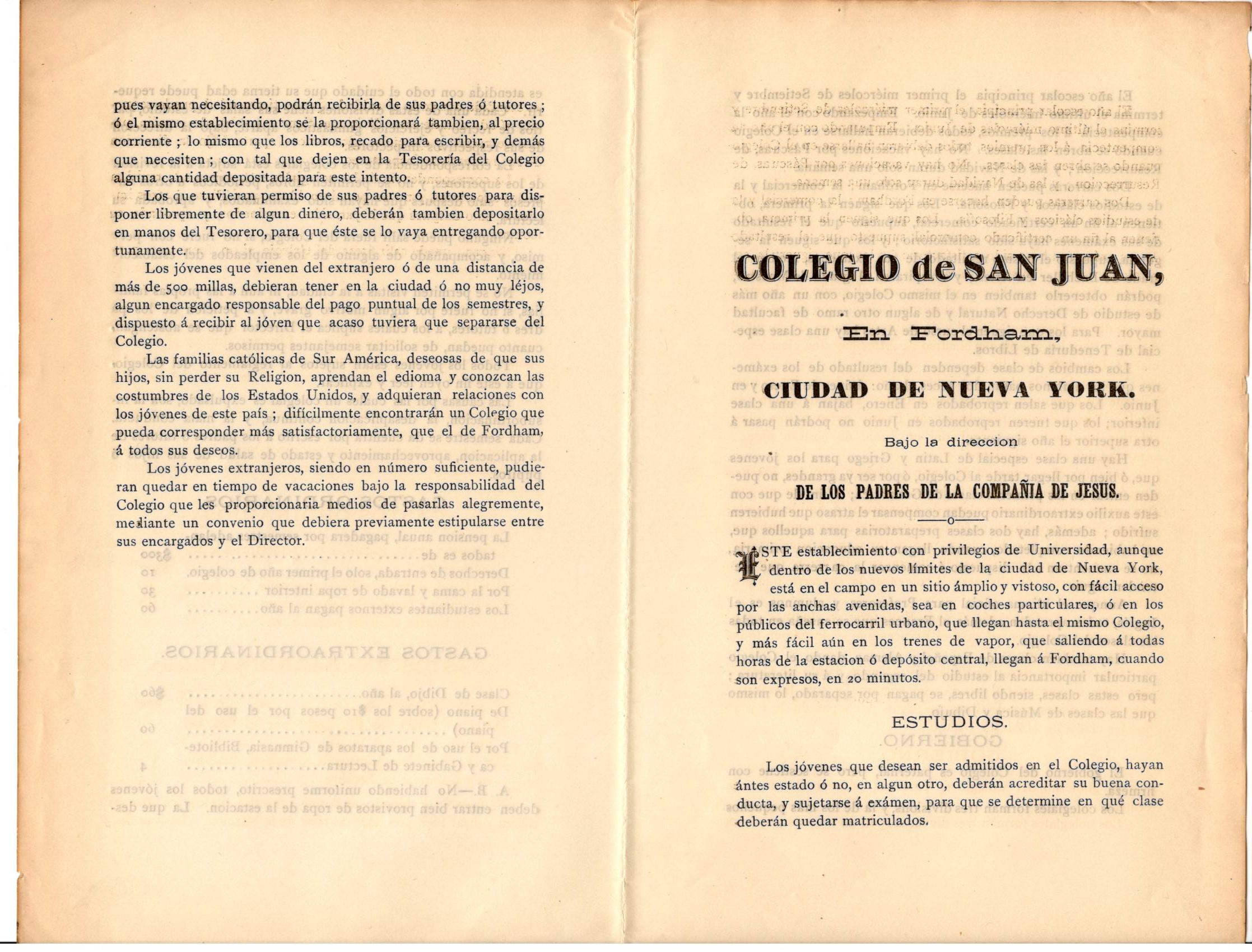 Ad for Fordham College written in Spanish and circa 1880's. Out of approximately 230 students attending college at this time, 33 of them were from Spanish speaking countries. 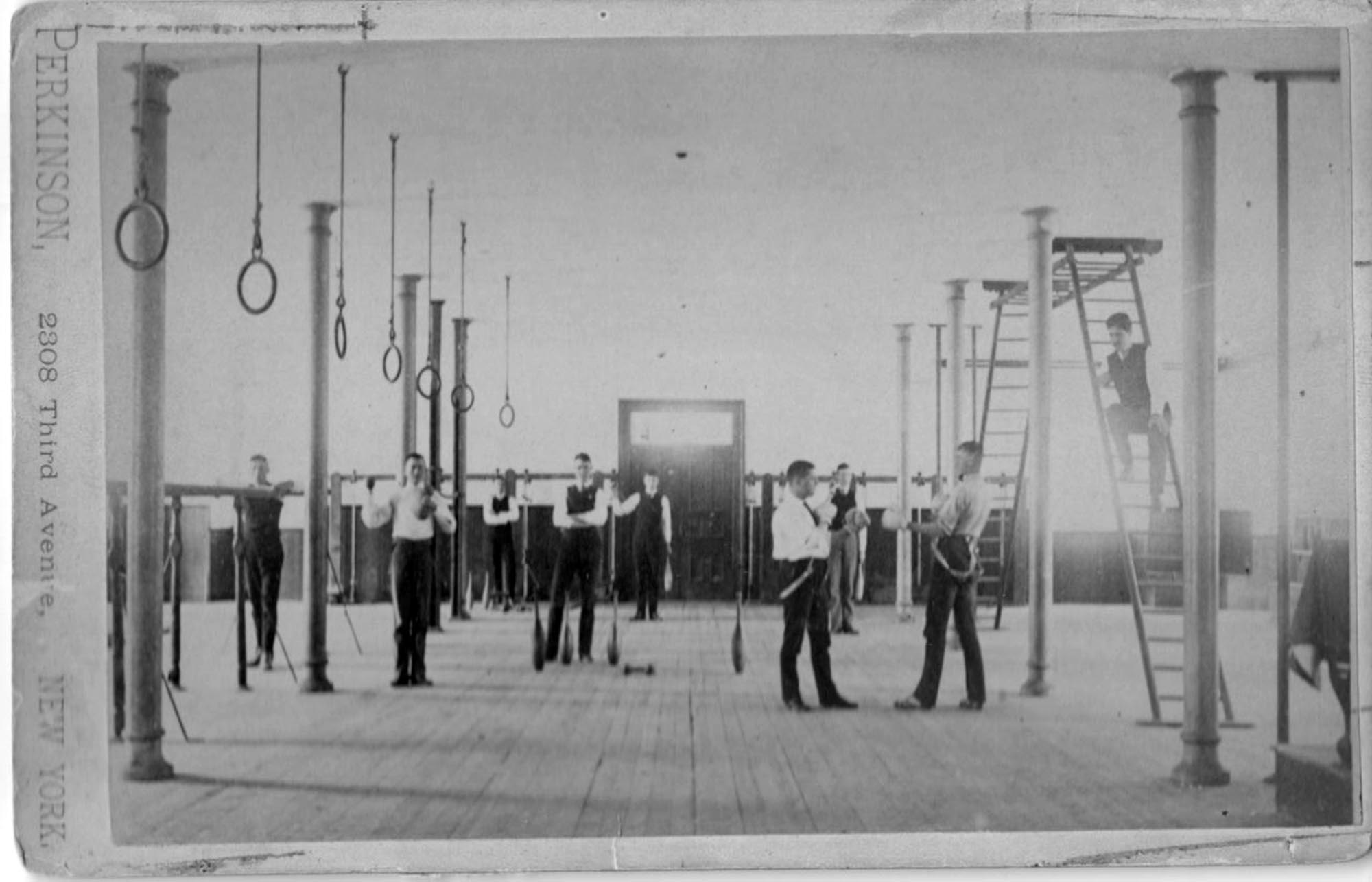 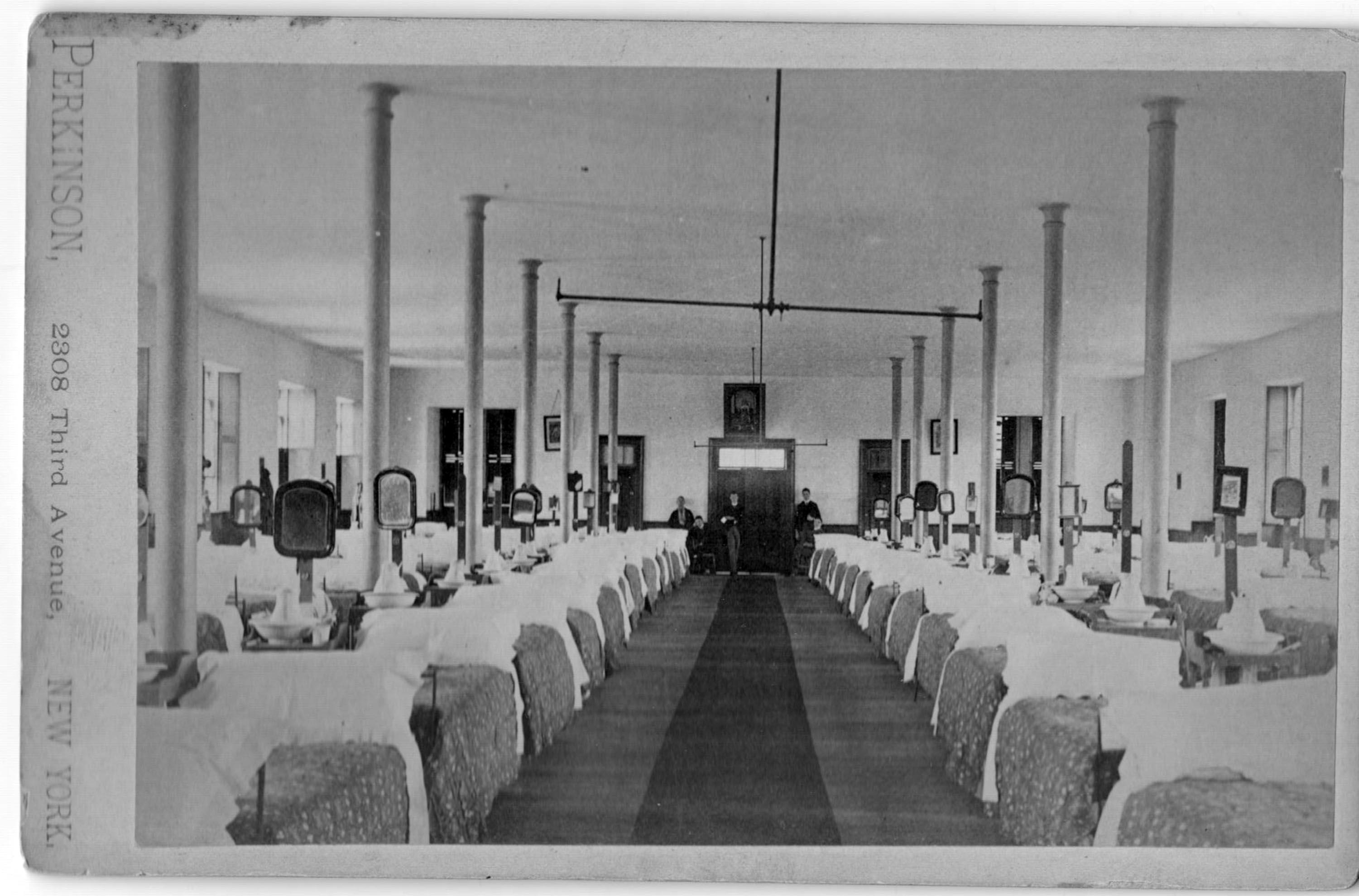 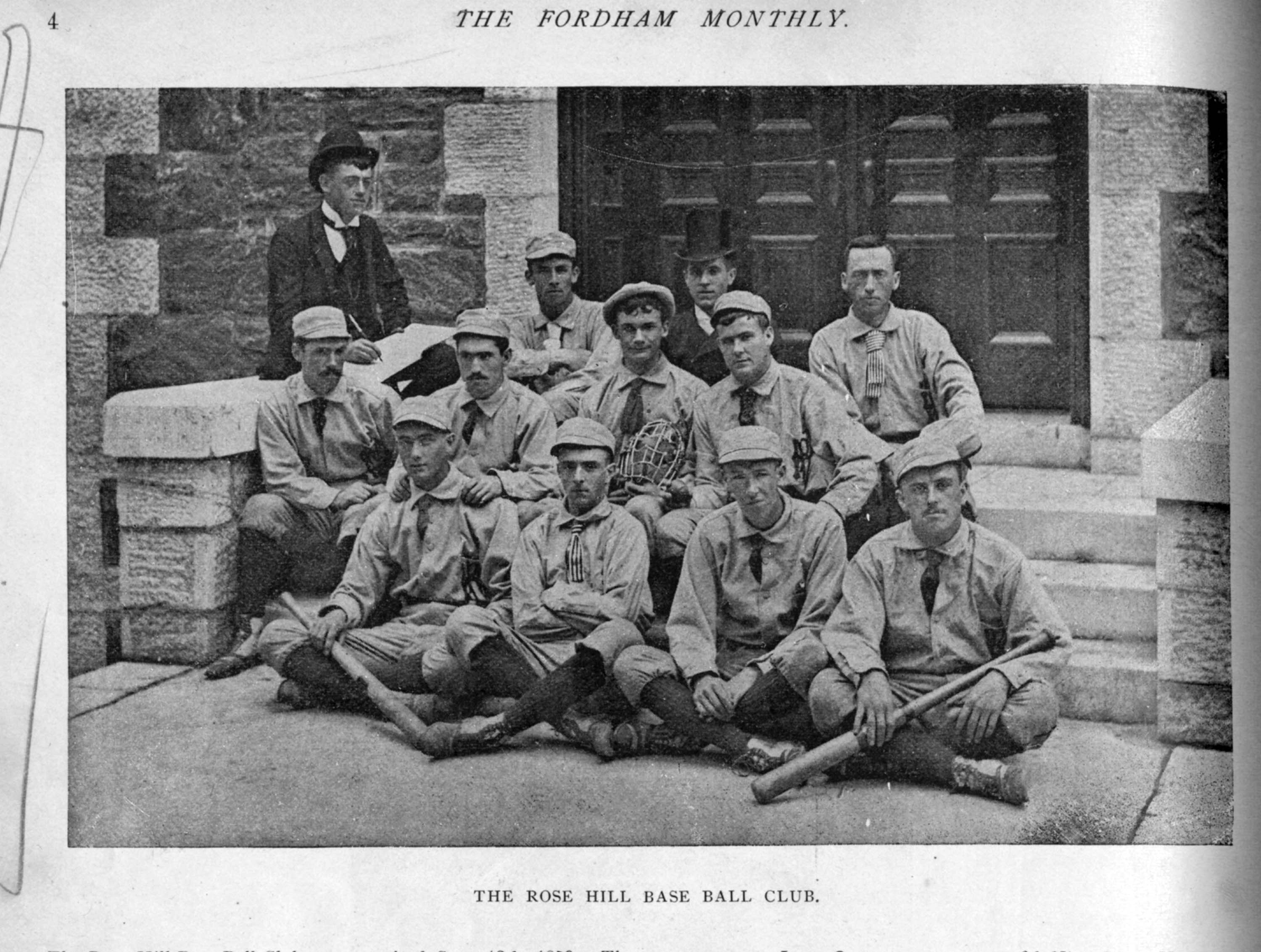 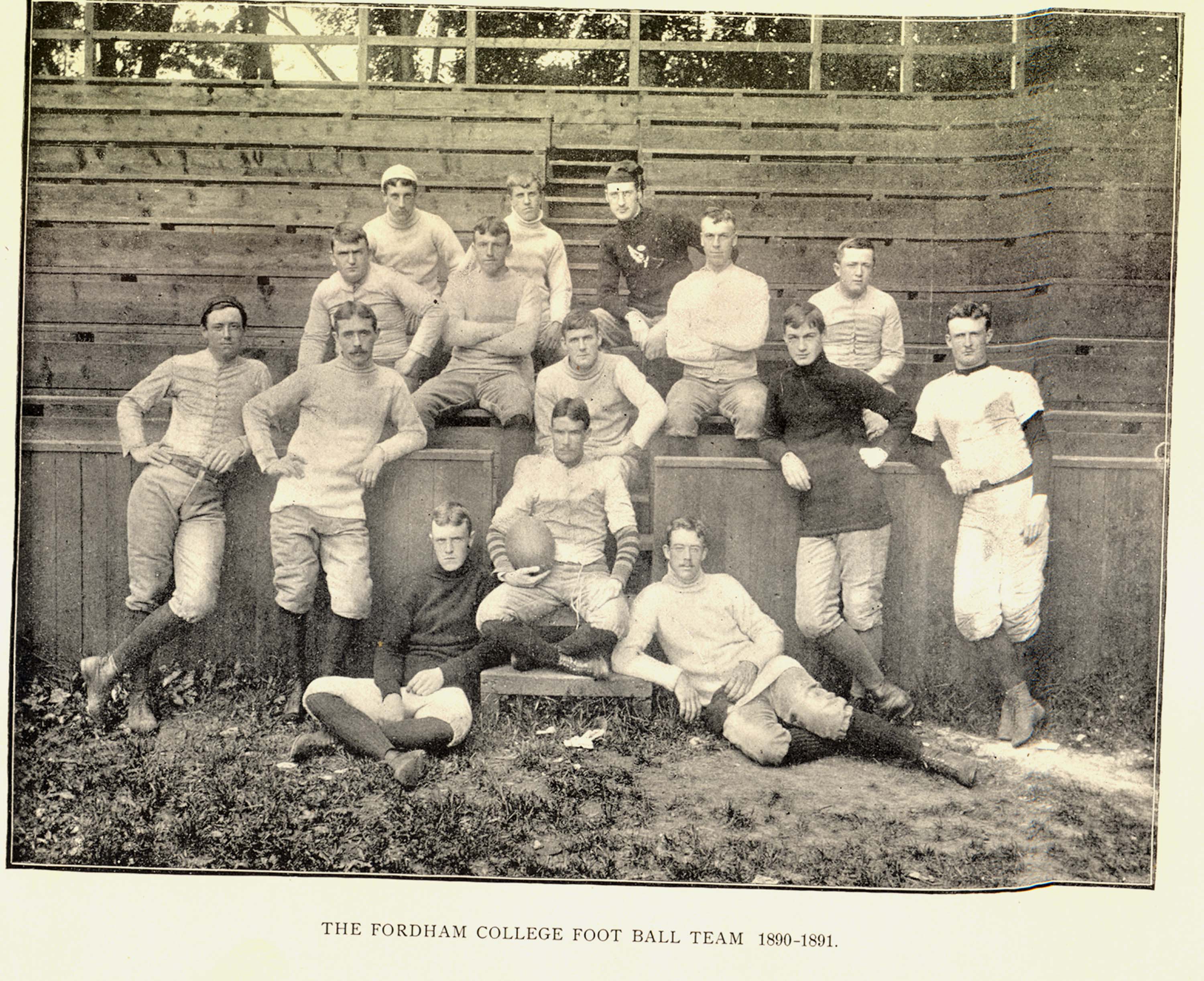 Football was organized in 1881 but it would be two more years before the first intercollegiate match was played in 1883. Both games were played with Seton Hall.

During the early 1870s, Fordham (St. John’s College) and Harvard were rivals. Both schools claimed the same color, magenta, and neither wanted to switch to accommodate the other. They agreed to settle their dispute by playing a series of baseball games. Fordham won; Harvard reneged—or so the story goes. No one knows for sure. The New York Times and the fledgling Boston Globe did not cover the series. In fall 1874, however, Fordham chooses to adopt maroon, a color then used by no other college. Stephen Wall, a member of the Class of 1875, has received credit for making the suggestion. Years later, he wrote: “I was asked what maroon was, and the only way I could explain it was that it looked something like claret wine with the sun shining through it.” 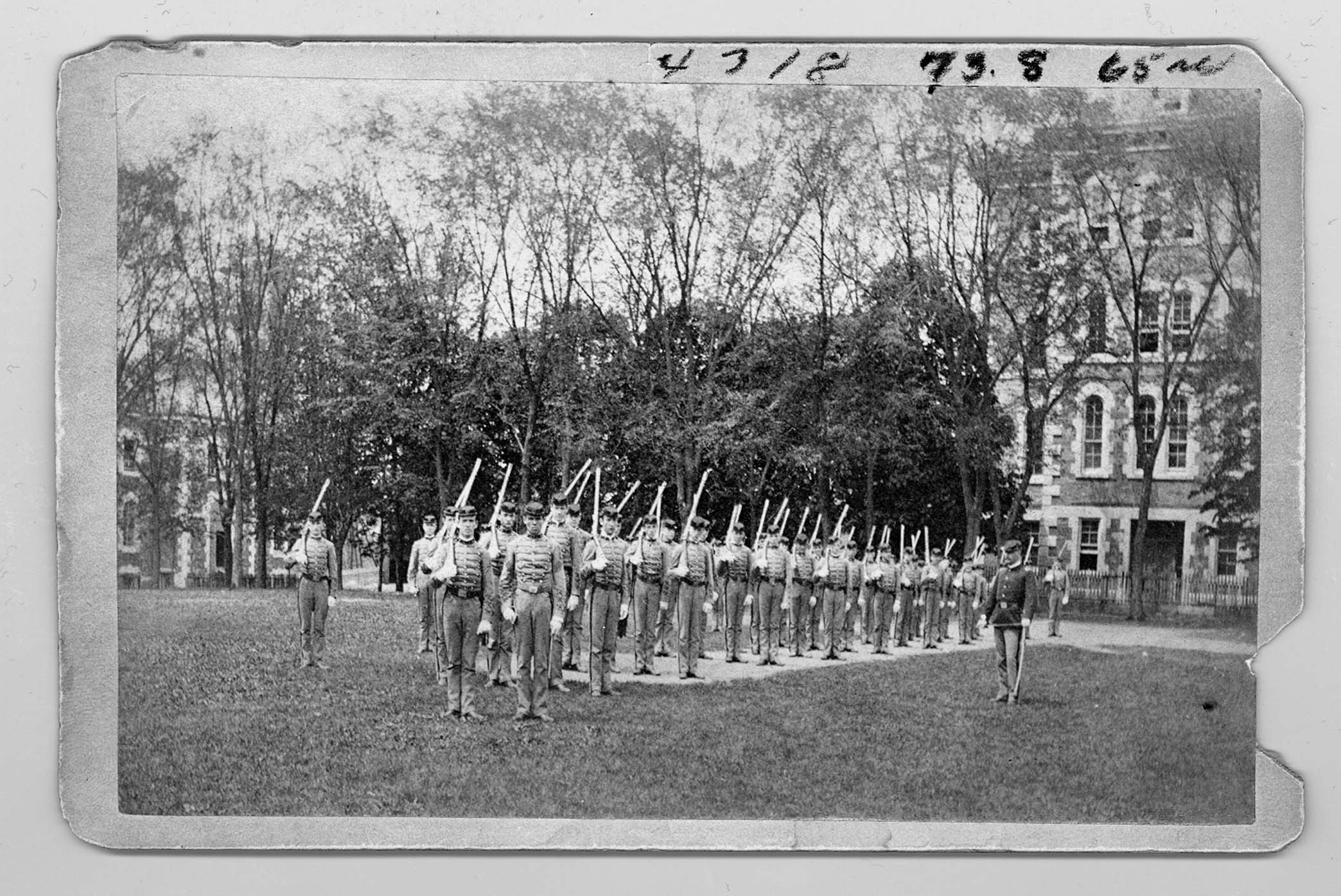 In the fall of 1885 a cadet corps was introduced under commandant Lieutenant Herbert G. Squires who served with the U.S. Seventh Calvary. By 1890 the cadet corps was well established and all the students were required to participate three hours a week in military drills. 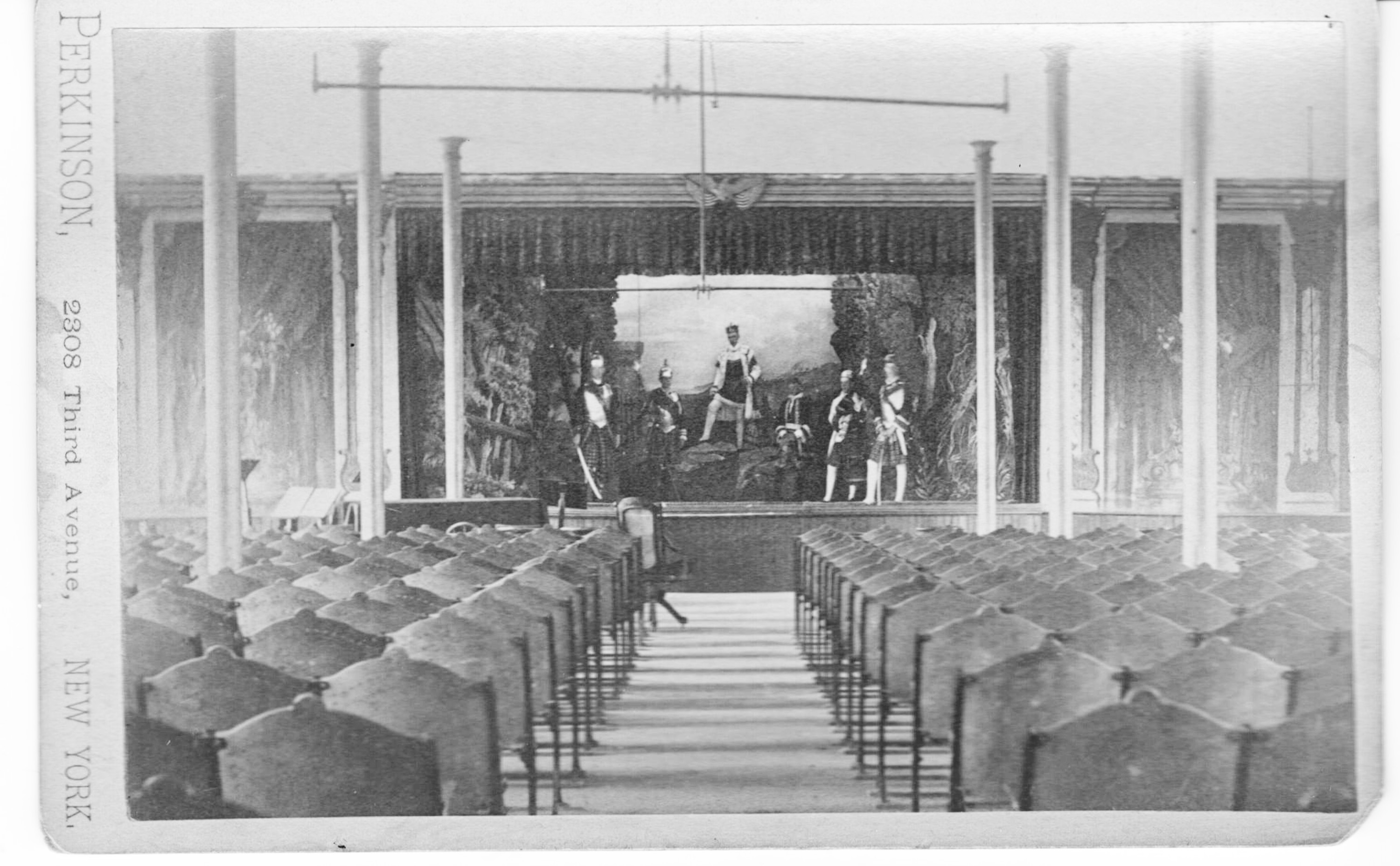 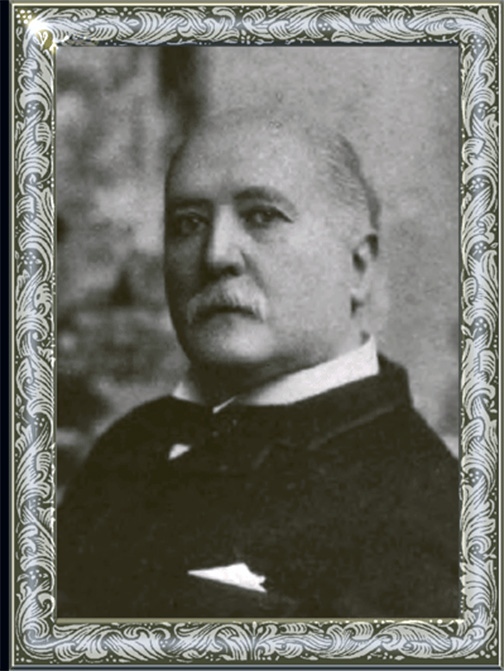 Charles Melton Walcot Jr., founded the St. John’s Dramatic Society, today known as the Mimes and Mummers, the oldest club on campus. Charles was born in Boston on July 1, 1840 to English-born Charles Melton Walcot Sr. and Anne Powell Walcot who had established themselves on the American theater scene.

While his father was achieving wide success on stages, Charles, Jr., was boarding at St. John’s College in Fordham, New York. He began his Rose Hill career in what was called Second Division — the school known today as Fordham Prep. 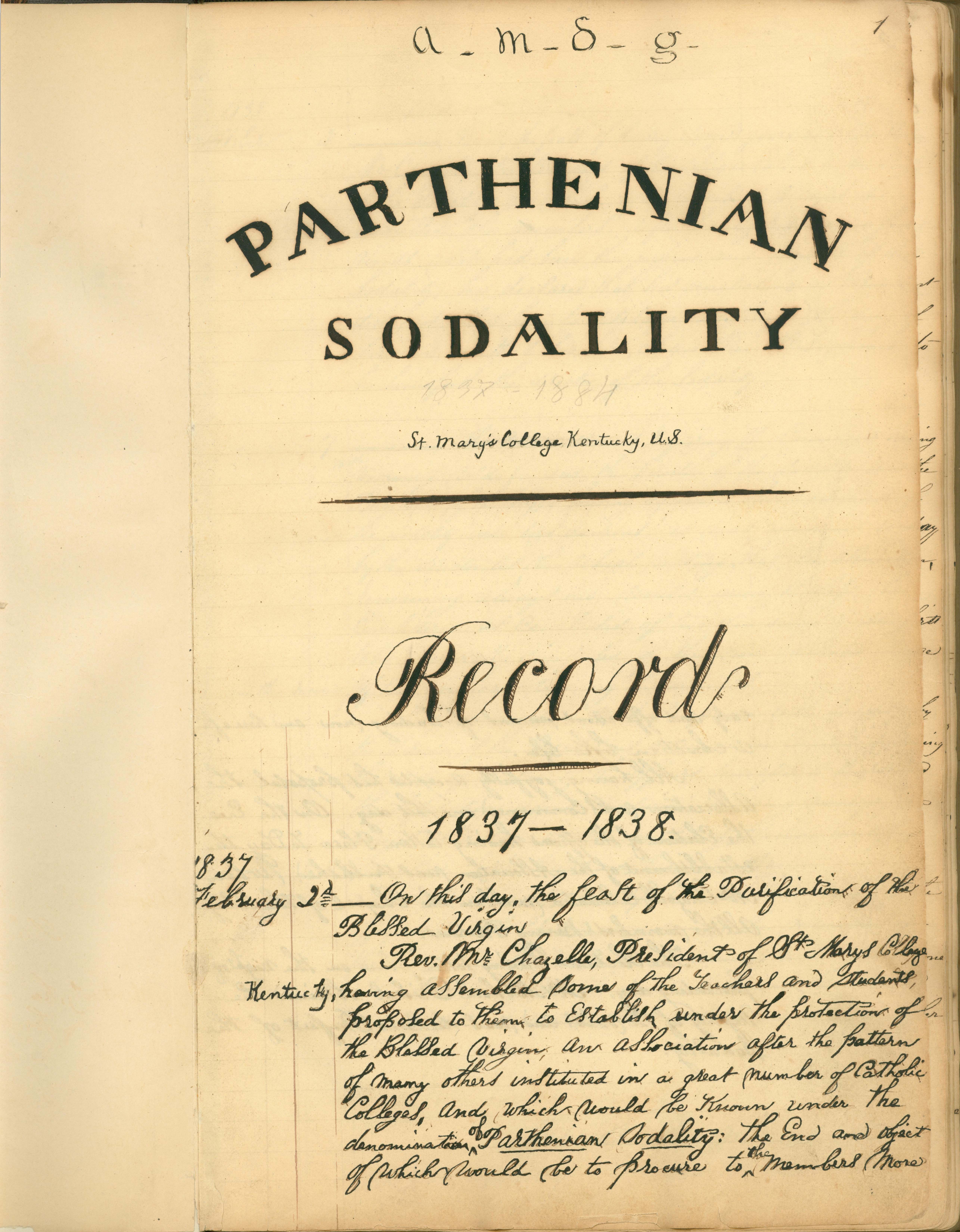 The Sodalities were associations composed of students who practiced devotions in their daily lives. The earliest dates back to 1837 when the Jesuits were at St. Mary's College in Kentucky. 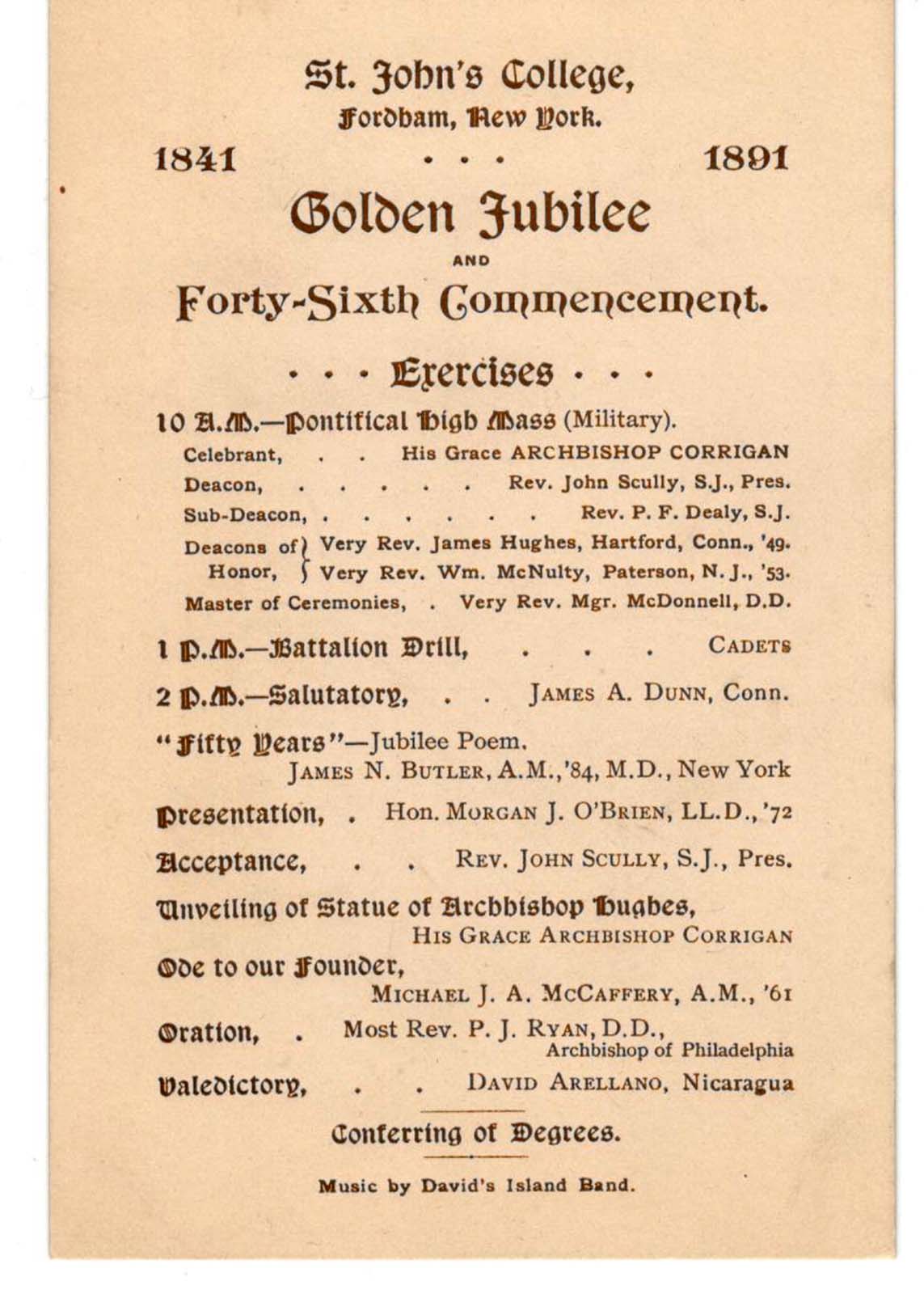 Commencement ceremonies on St John's Day, June 24, were combined with the celebration of the 50th anniversary. Archbishop Corrigan offered a Pontifical Military Mass, followed by numerous speeches and the reading of a 30 stanza poem written by James Butler, Class of 1884, who would become the first Dean of the School of Medicine. The highlight was the unveiling of the  statue of Archbishop John Hughes, sculpted by William Rudolf O'Donnell, and paid for with funds donated by alumni and friends of the college.

In connection with the anniversary, the first history of the college was published by Thomas Gaffney, "A History of St. John's College, Fordham, N.Y."