Fordham's Dodransbicentennial - 175 years of Fordham: The Schools of Pharmacy & Medicine; Gone but not Forgotten

Gone but not forgotten. Fordham once had a Medical School and a School of Pharmacy. 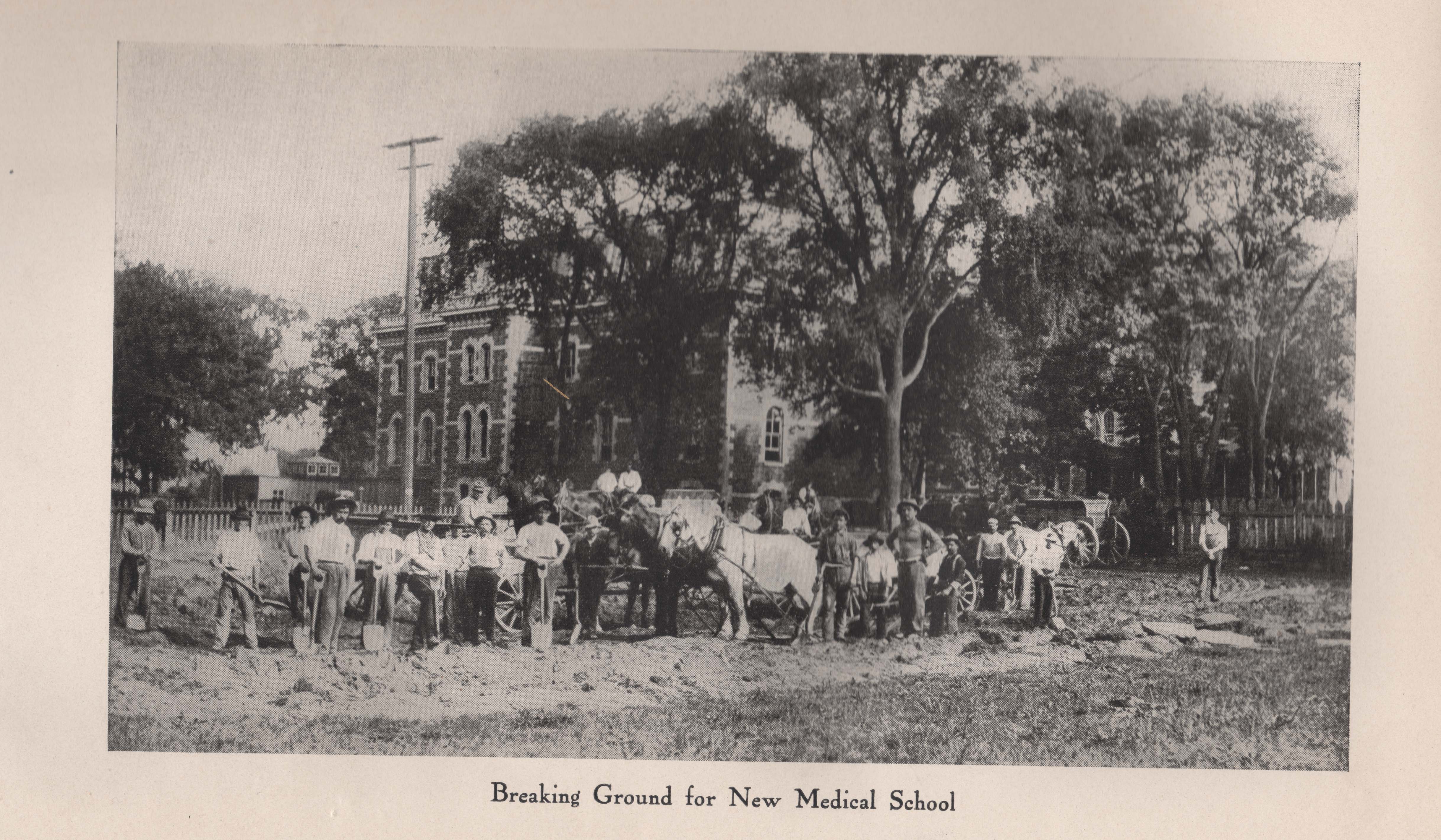 The Fordham University School of Medicine was established in 1905 and opened with six students  and seven professors. Originally located in Collins Hall, the medical school was moved to Thebaud.  The school found a home of its own when a new building was constructed near the Bathgate entrance in 1911. Today that is a dorm named Finlay Hall.  By 1916 the number of students grew to 259 and faculty numbered 110. The students received clinical experience at ten different area hospitals including the city run Fordham Hospital. The school had a troubled history from the beginning. The American Medical Association dropped the A class status and the school was also plagued with money problems. In 1921 President Tivnan announced the school was closing its doors.

The Medical School hosted “The International Extension Course in Medical and Nervous Diseases,” Sept. 9 through 28, 1912.

Although he is not pictured here, the renowned psychiatrist and psychoanalyst Carl Jung delivered a series of lectures that outlined the future of his work—including a decisive break from the theories of his friend and colleague, Sigmund Freud. Fordham also presented him with an Honorary Degree. 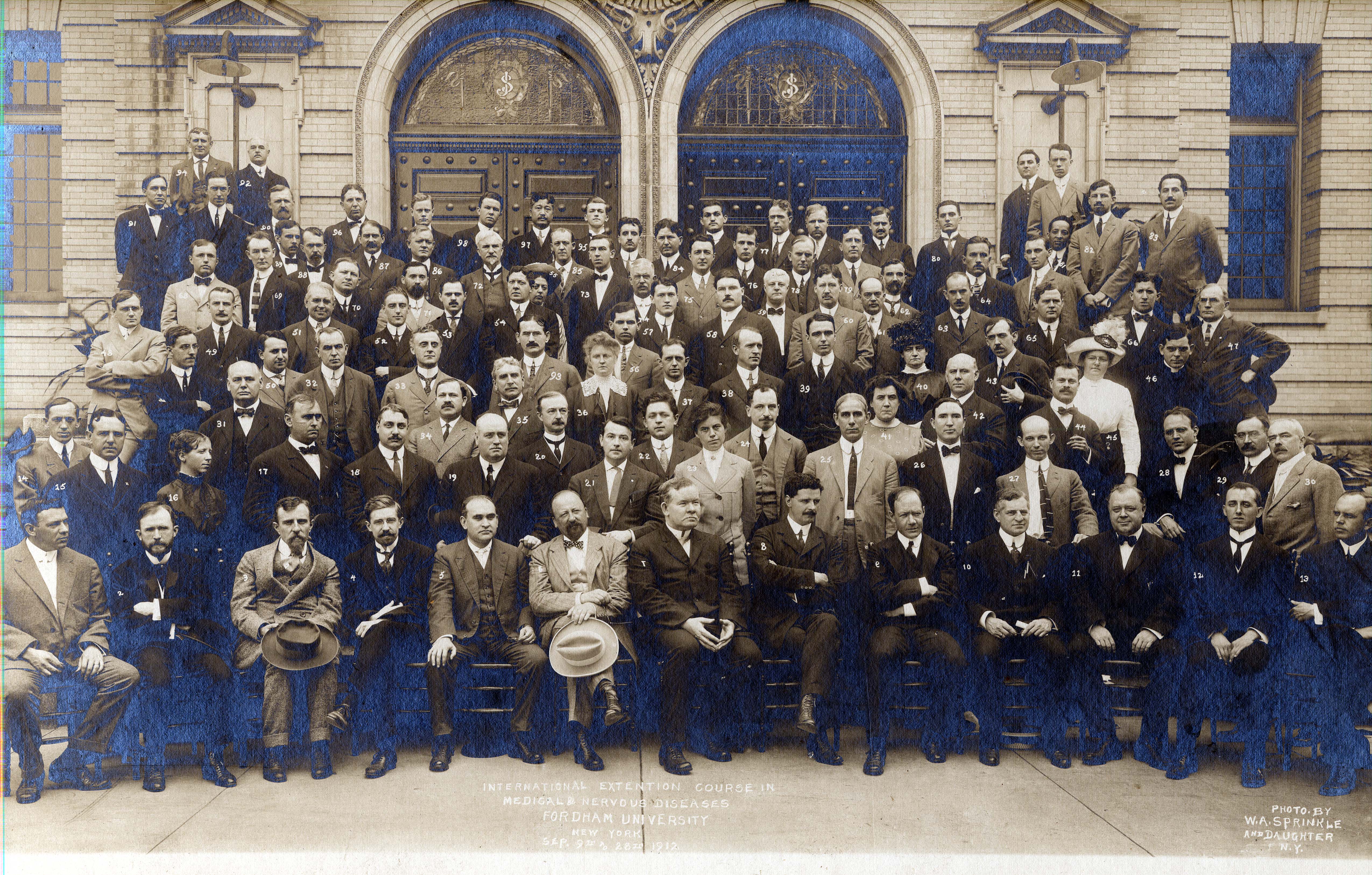 The Deans of the Medical School

Dr.  James Butler was the first Dean of the Medical School. However he failed to give up his private practice to become a full time dean and was replaced by Dr. James Walsh MD in 1906.  A graduate of St John’s College at Fordham and the University of Pennsylvania, Walsh also trained in Europe. He was widely published and was determined to make Fordham Medical School a rival of Johns Hopkins which was considered the best medical school in the United States.

In 1911 the American Medical Association did an inspection and found Fordham lacking in clinical training and number of full time faculty. When the university failed to upgrade the school, the AMA demoted Fordham from Class A to Class B. Walsh resigned, although he continued to teach at Fordham in the School of Social Service.

Dr. William Healy M.D. from Fordham Hospital became the new dean and tried desperately to save the school, but received little financial support from the administration.

In 1917 Healy resigned and Dr. Joseph Byrne M.D took his place. In 1919 it became apparent that Fordham could not afford to make all the changes required by the AMA and in 1921 the school closed its doors with a deficit of $342,863. 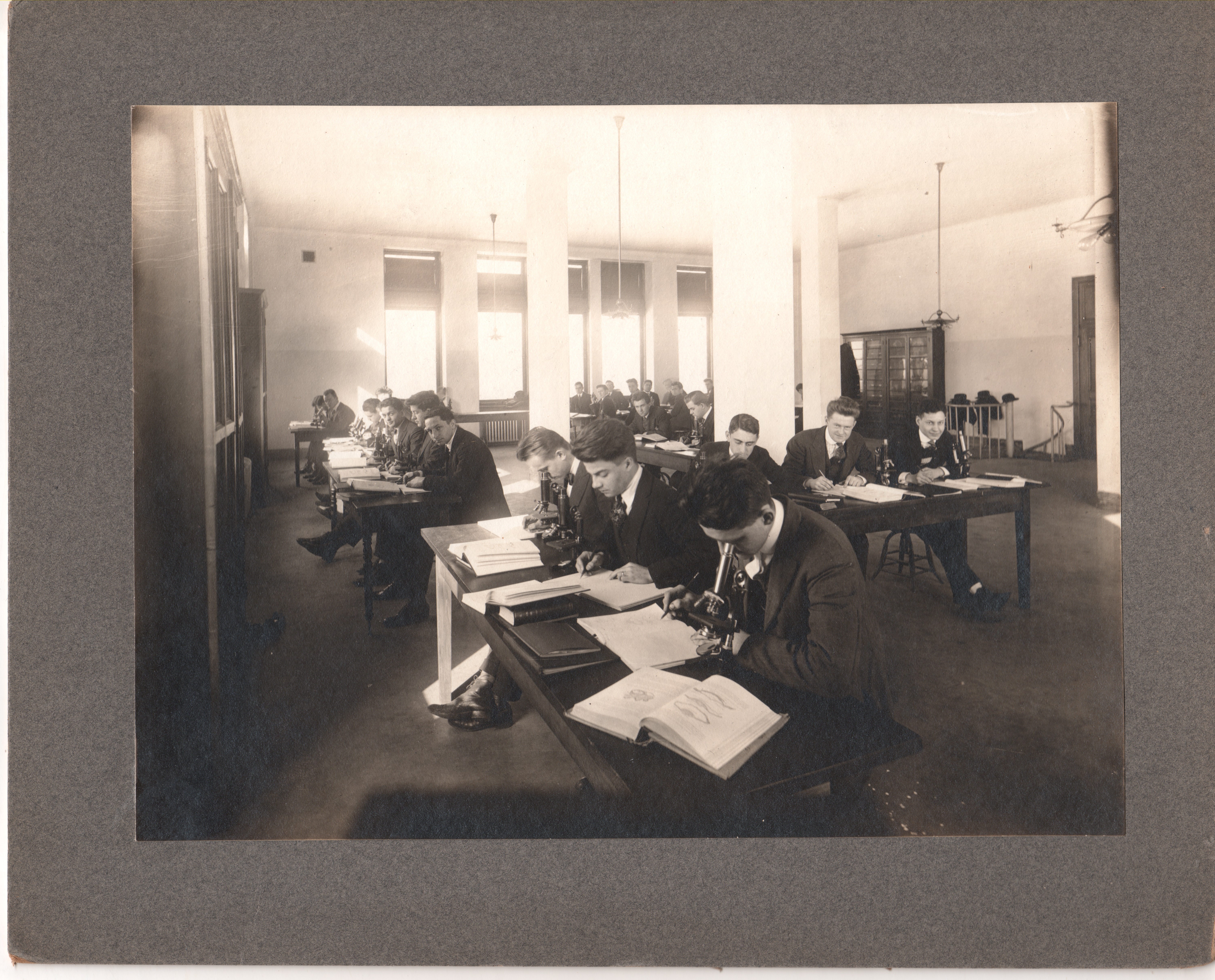 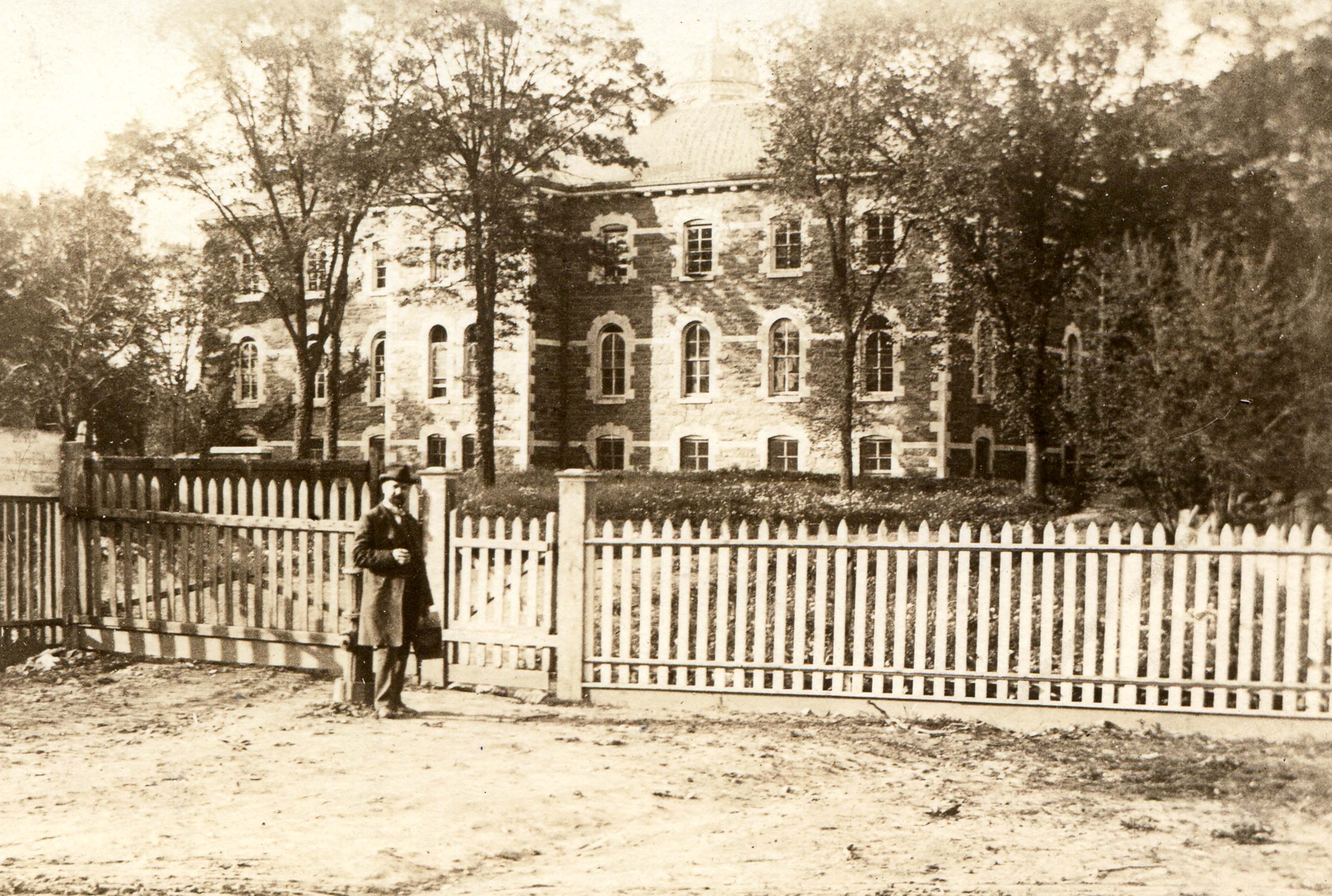 THE FORDHAM SCHOOL OF PHARMACY

Fordham’s School of Pharmacy was founded in 1912 and in 1914 moved into the building known today as Thebaud Hall.

Fordham’s pharmacy program graduated thousands of pharmacists, many of whom still practice today. In 1967, due to rising costs and competition from other schools in the area, Fordham decided to terminate the pharmacy program.  The school ceased all operations in 1971 and the last class graduated in 1972. 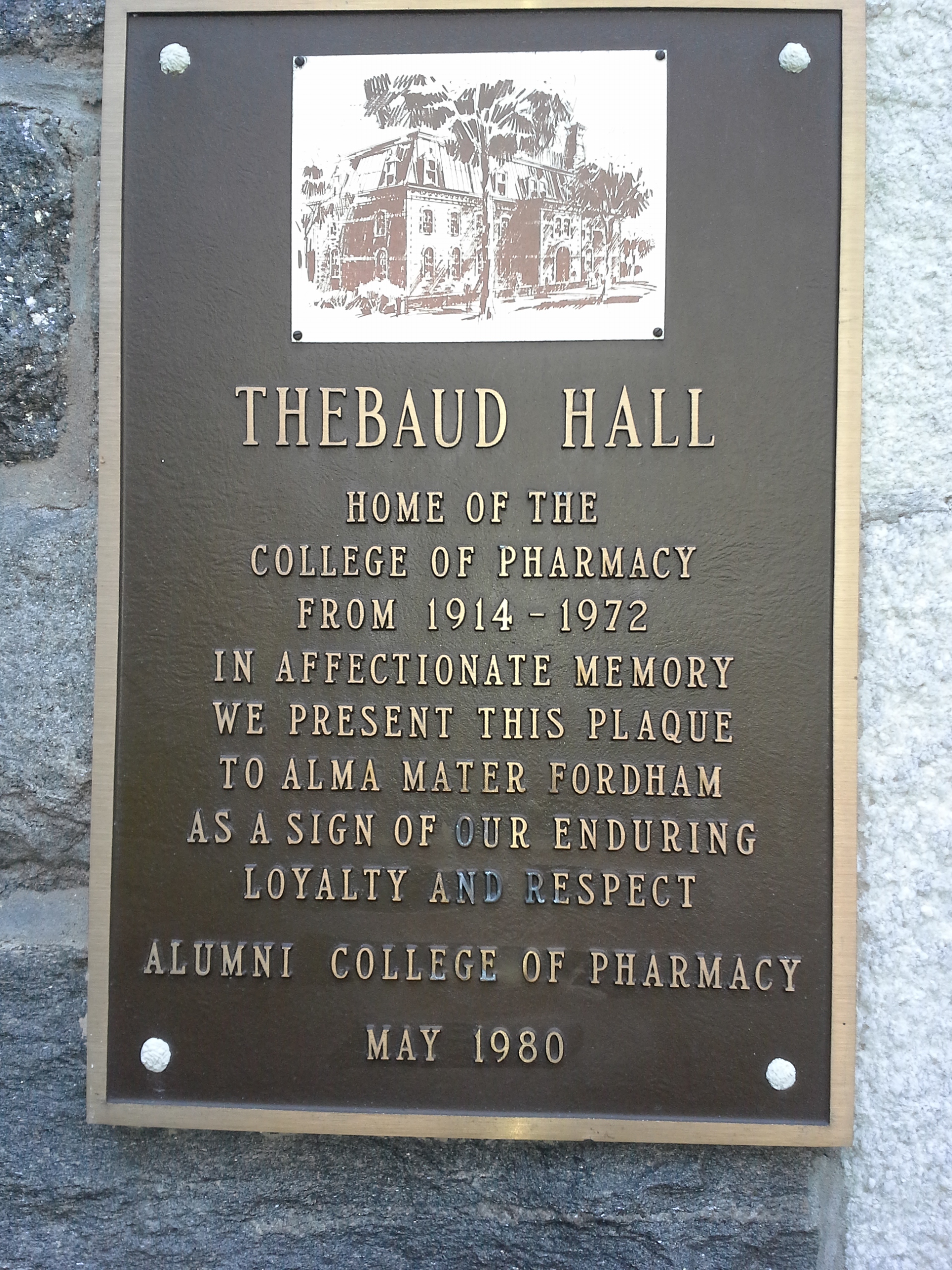 Graduate of Fordham School of Pharmacy, 1932.

Joseph Slotnik assembled this collection of antique bottles and apothecary jars during his professional career as a pharmacist in Valhalla NY. This exhibit shows a sample of the 200 items valued at over $17,500. 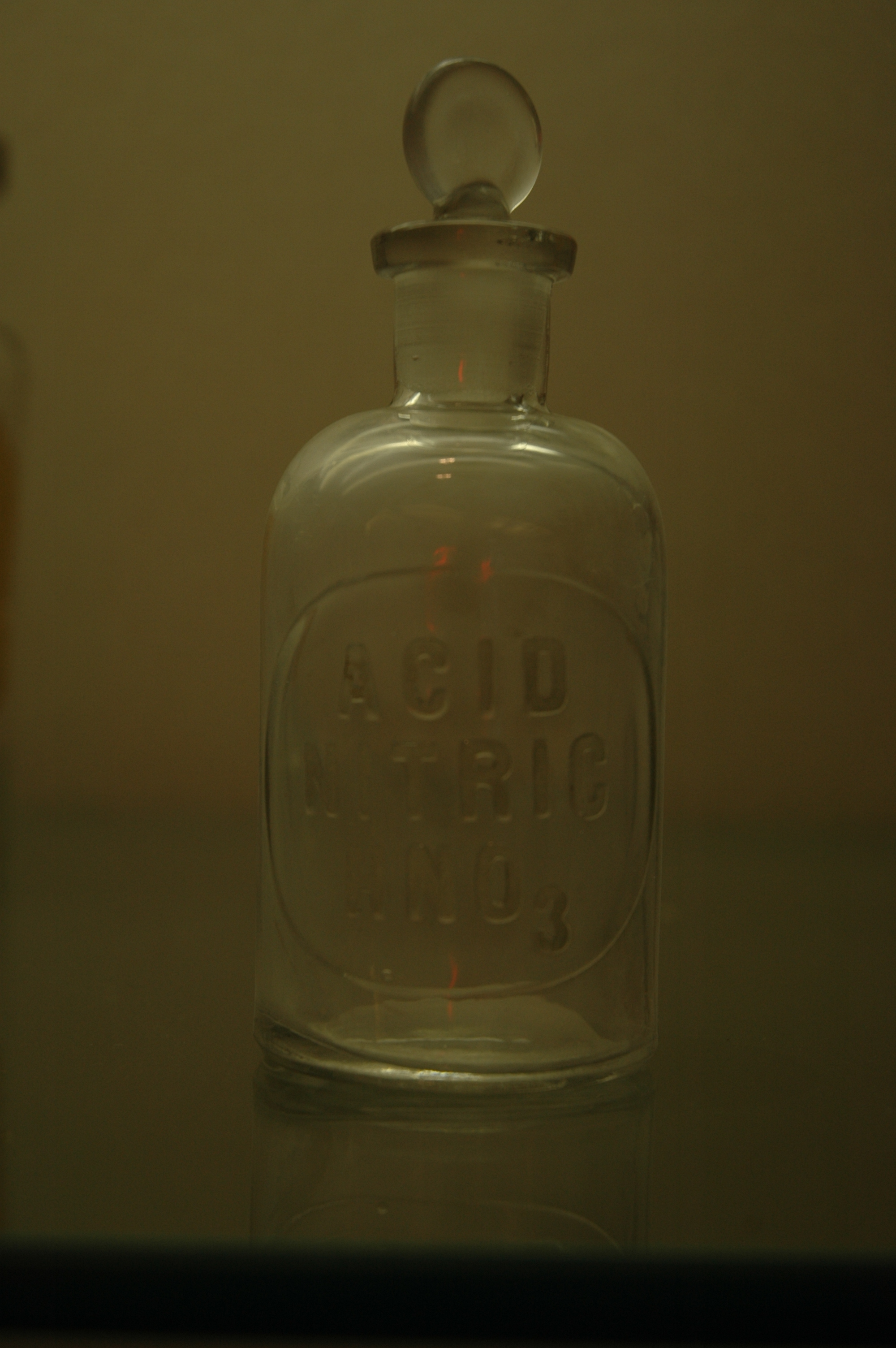 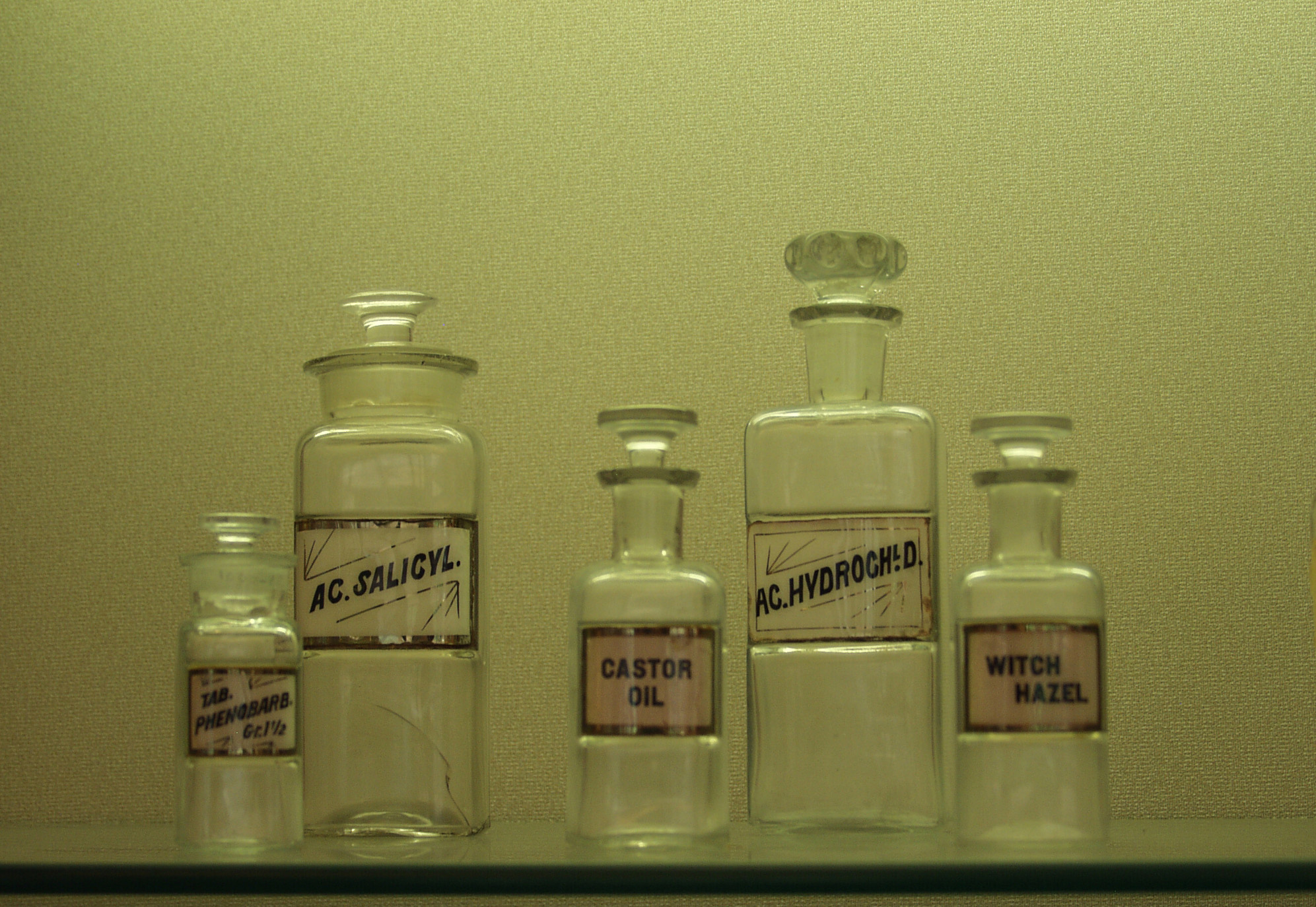 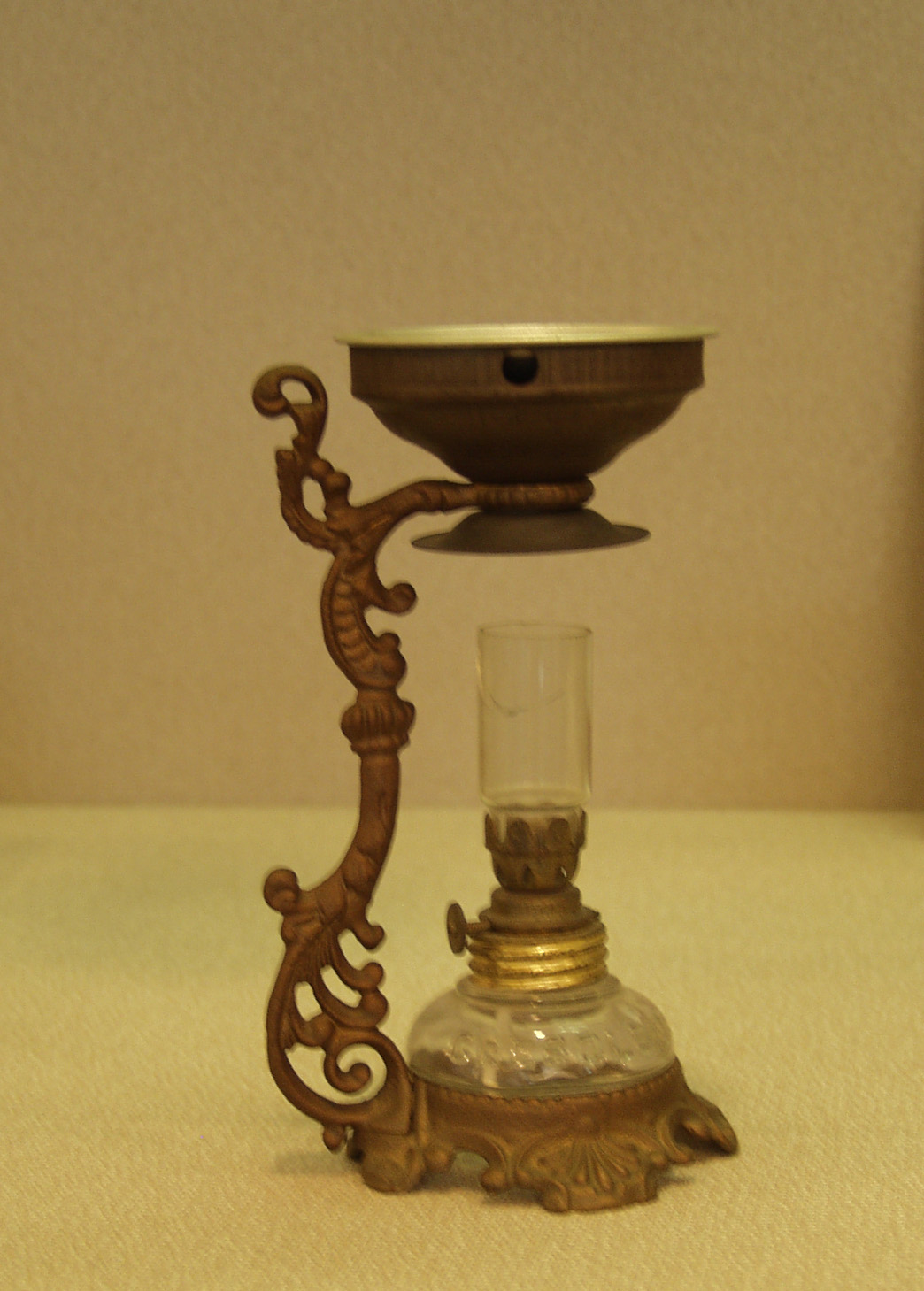