This guide provides an overview of selected Irish Studies resources at Fordham as well as open access web resources.

This page covers a selection of resources covering the conflict in Northern Ireland known as "The Troubles."

If you have questions about locating primary sources or other information, please reach out to the library liaisons to Irish Studies to book a research consultation. 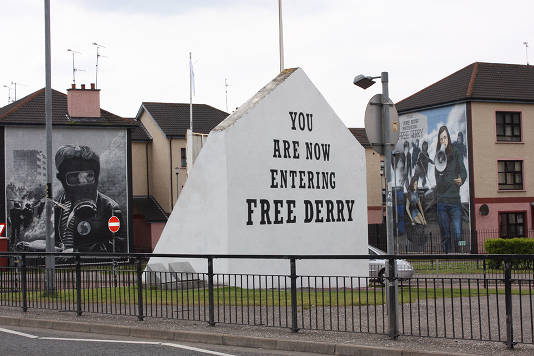 Image credit: Free Derry Wall with murals of the Bogside Artists in background circa 2010 by Tony Crowley via Claremont Colleges Library.